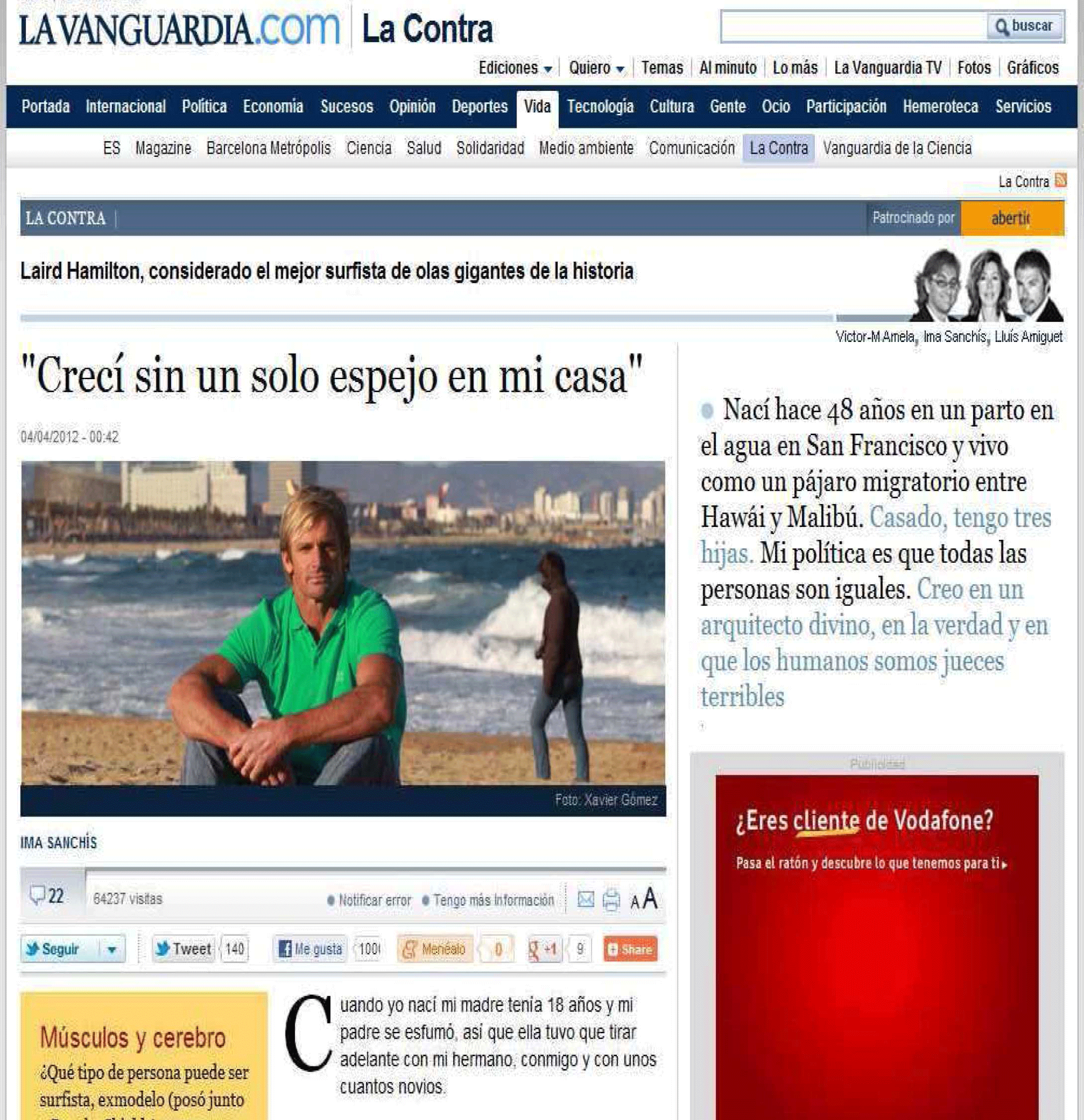 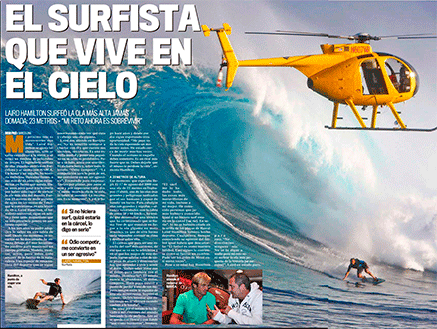 We really enjoyed working with the giant waves magician, Lard Hamilton, on the communication and brand campaign for Oxbow, a surfer company. His story fit fantastically with the brand awareness, which authenticity, creativity and design values were the inspiration of their fashion and accessorize collections.

Laird was all of that and more. Born in California on a birth under the water, he took like no one else colossal waves of more than 20 meters. He lived on the Hawaii jungle and trained raising rocks under the sea. He was declared the prettiest man on earth by People magazine.

The communication campaign made him go over a lot of cities and the most spectacular waves around the world. We organized events, did interviews, presentations, signature and photo sessions, and videos that even today are the most seen on youtube. Hamilton landed in Barcelona for the Global Sports Forum, just when the movie “The Descendants” starred by George Clooney, was premiered.